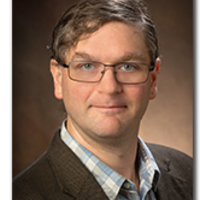 Dr. Artman has a doctorate in human geography, and his research examines how different forms of identity -- civic, national, religious, etc. -- are constructed and contested in the context of the modern state. Dr. Artman’s primary geographical focus has been the former Soviet Union, and Central Asia in particular. His most recent work has examined how Islam and indigenous religion are connected with national identity in Kyrgyzstan, and how these identities are connected to national identity and ecological sustainability.

Dr. Artman has also researched the connections between citizenship and territory in the breakaway regions of the Republic of Georgia, as well as white supremacy and Islamophobic geopolitics in the United States and Europe. He has published articles in numerous journals, including Europe-Asia Studies, Central Asian Affairs, Geopolitics, and Territory, Politics, Governance, and has contributed chapters to several edited volumes.

“State," with A. Diener. In Kocku von Stuckrad and Robert Segal, eds., Vocabulary for the Study of Religion. Leiden: Brill (2015).