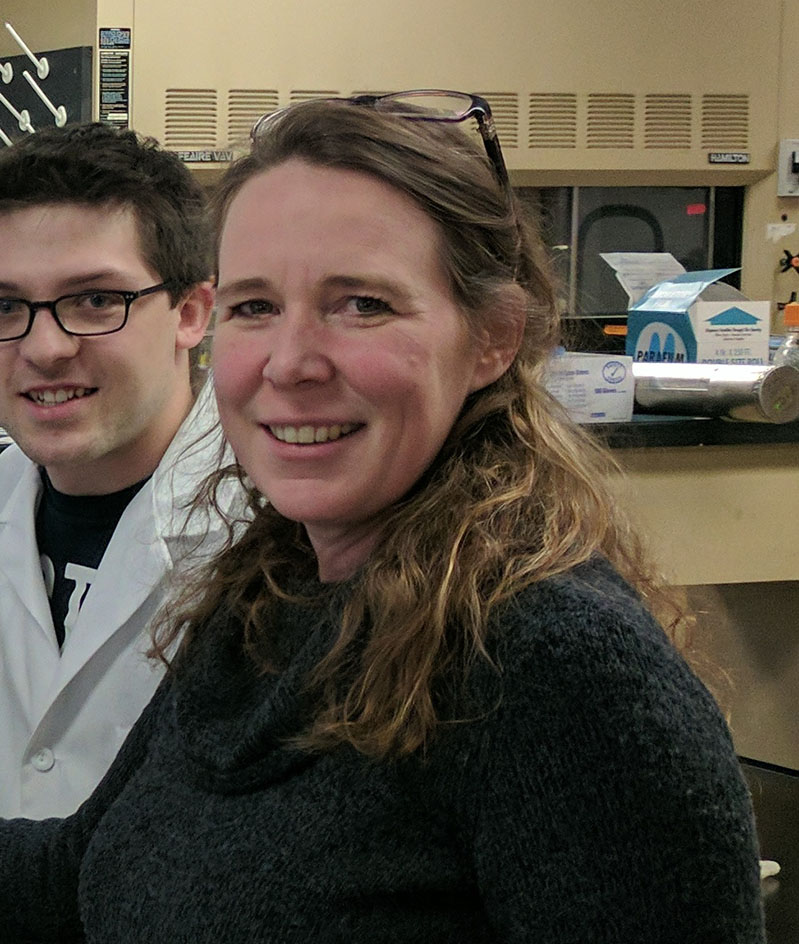 Our model organism, Myxococcus xanthus, is a bacterium renowned for its fascinating multicellular behaviors. During growth, swarms of M. xanthus feed on prey microorganisms. This is a cooperative process involving collective secretion of antibiotics and degradative enzymes which paralyze, lyse, and digest prey. When nutrients become limiting, M. xanthus instead initiates a multicellular developmental program in which cells segregate into distinct fates. Some cells are directed to migrate into mounds of approximately 100,000 cells and then differentiate into environmentally resistant spores. Alternate cell fates include programmed cell death, formation of a persister-like state, and production of inert, extracellular matrix-encased aggregates. These processes are tightly controlled by a series of temporally regulated extracellular and intracellular signals that must be coordinated and integrated to ensure proper development.

Our current interests involve defining the regulatory mechanisms which drive segregation of M. xanthus cells into distinct developmental fates including formation of spore-filled fruiting bodies, programmed cell death, or a persister like state termed peripheral rods. We have defined the proportion and cells which segregate into each cell fate and have developed methods to isolate developmental subpopulations enriched for distinct cell fates. We are interested in identifying genes or proteins which can serve as markers for the distinct cell fates for single cell analysis. Simultaneously, we have identified a series of mutants in which cell fate segregation is perturbed and have determined that these mutants affect the accumulation patterns of important developmental regulators. We are currently investigating how these systems control accumulation of the developmental regulators at a molecular level. Our long term goal is to define and model the integrated signalling network which controls cell fate segregation during M. xanthus development.

Another focus in our group is investigation of the unique spore formation process in M. xanthus, one of the rare Gram negative spore-forming bacteria. Unlike spores produced from an unequal septation event in Gram positive species (such as Bacillus subtilus), M. xanthus spores are produced by rearranging the 7 x 0.5 µm rod-shaped cell into a ~1.5 µm in diameter spherical spore in a largely undefined process. We have previously performed global transcriptome analysis (microarrays) on sporulating cells to identify genes which are necessary for sporulation and are currently focusing on a class of these genes which, when mutated, lead to severe morphological perturbations after induction of sporulation. Since these genes all encode homologs of proteins involved in polysaccharide biosynthesis, we hypothesized they may be perturbed in production of the carbohydrate-rich spore coat. So far, we have characterized protein machinery necessary to deposit spore coat material on the cell surface (Exo) as well as protein machinery which is necessary to arrange the spore coat material into a rigid compact spore coat (Nfs). We are currently biochemically characterizing these two protein machineries and analyzing the chemical properties of the spore coat material.

We are also interested in the mechanisms driving rearrangement of the rod-shaped vegetative cell into a spherical spore. We have shown that the cell cytoskeletal protein, MreB, is necessary for this process and have begun to identify and characterize proteins involved in the cell wall (peptidoglycan) remodeling and degradation during the sporulation process.

Analysis of the M. xanthus genome indicates that this organism is amazingly rich in signal transduction proteins, including approximately 280 proteins of the two-component signal transduction family and nearly 100 eukaryotic-like serine/threonine kinase homologs. Interestingly, the genetic organization and domain architecture of many of these proteins is unusual, suggesting these proteins participate in non-canonical signaling pathways. We are interested in characterizing these unusual signaling proteins and understanding how signals and signaling proteins are integrated to control the molecular processes necessary for the developmental program in M. xanthus.