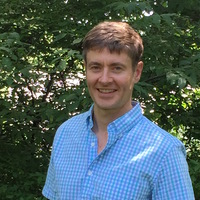 Paul Kershaw is a historian of twentieth-century US and Mexican history, specializing in US and the World, the politics of economic development, and the history of capitalism.

Kershaw's current book project investigates the intellectual and political development of International Monetary Fund (IMF) "structural adjustment" programs and demonstrates how those programs became the first-line response to a series of international debt crises. His research shows that the US government and the IMF worked out the general strategy of structural adjustment programs initially, in the early 1970s, as a concession to demands by less developed countries for greater access to the financial resources of industrial nations and then later through their responses to Mexican debt crises of 1976 and 1982. Kershaw is also interested in neoliberalism and capitalism as analytical categories, and in how we can make these terms useful for the purpose of explaining how disparate historical cases may share common causal features.