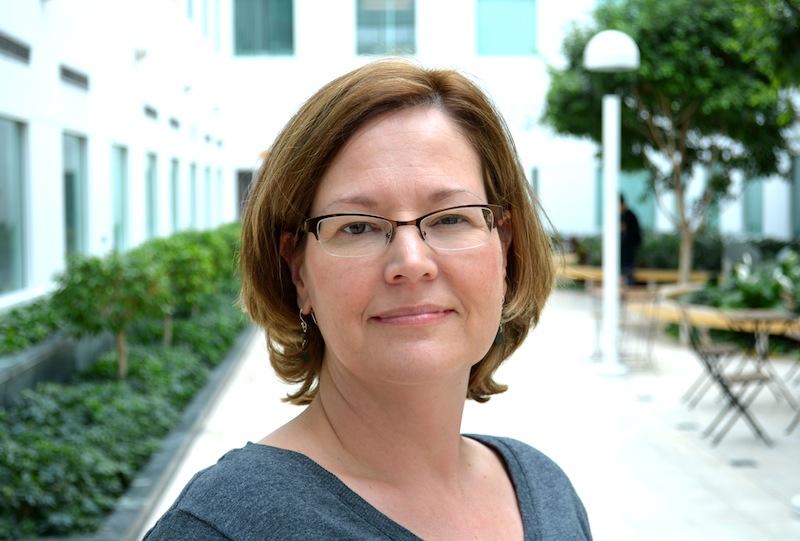 Liette Gidlow earned a Ph.D. in U.S. history from Cornell University, a master's degree in history from Ohio State, and a bachelor's degree in political science from the University of Chicago. Before joining academe she worked as a legislative staffer in the U.S. Congress and as chief of staff to a member of the Ohio Senate.

Prof. Gidlow is the 2019-2020 Mellon-Schlesinger Fellow at the Radcliffe Institute for Advanced Study, Harvard University, where she is participating in the Long Nineteenth Amendment Project at the Schlesinger Library on the History of Women in America.

A specialist in twentieth century politics and women's and gender history, she has published two books: The Big Vote, which analyzes how massive, non-partisan voter turnout campaigns in the 1920s helped to contain the radical potential of woman suffrage by establishing new norms of "expert citizenship" and "consumer citizenship"; and Obama, Clinton, Palin, a collection of essays by top-ranking historians that takes the long view on the historic 2008 presidential election.

Professor Gidlow’s research has won the support of grants from the National Endowment for the Humanities and four presidential libraries.  Between 2004 and 2007, she spearheaded a $1 million grant project from the U.S. Department of Education to improve K-12 history teaching in northwest Ohio. Her teaching has been featured on C-SPAN's "Lectures in History" series, and in 2019 she was awarded Wayne State's Presidential Award for Excellence in Teaching. She has presented scholarly and public talks on U.S. politics, woman suffrage, and race at Harvard University, the University of Michigan, the University of Florida, the University of Missouri, the Gerald Ford Presidential Museum, the Colorado Historical Society, and elsewhere.

“After the ‘Century of Struggle’: The Nineteenth Amendment, Southern African American Women, and the Problem of Female Disfranchisement After 1920.” In Suffrage at 100: Women in American Politics Since 1920, eds. Leandra Zarnow and Stacie Taranto (Baltimore: Johns Hopkins University Press, 2020): 75-89.

Guest editor, Journal of Women's History, special forum on “What Difference Did the Nineteenth Amendment Make?,” vol. 32, no.1 (Spring 2020).

"Beyond 1920: Legacies of the Woman Suffrage Movement." In Tamara Gaskell, ed., The Nineteenth Amendment and Women's Access to the Vote Across America (Washington, D.C.:  U.S. National Park Service, 2019).

"The Michigan Women’s Commission and the Struggle Against Sex Discrimination in the 1970s." In The History of Michigan Law, eds. Paul Finkelman and Martin Hershock (Athens: Ohio University Press, 2006). Winner of the Historical Society of Michigan's 2006 State History Award; designated a 2007 Michigan Notable Book.

Rainone, Cathy and Noreen O'Donnell. “‘For the Future Benefit of My Whole Race': How Black Women Fought for the Vote Before and After 19th Amendment.” NBC/Universal, 17 August 2020.

Hesse, Monica. “Women’s Suffrage Was a Giant Leap for Democracy. We Haven’t Stuck the Landing Yet.“ Washington Post, 3 August 2020.

Green, Emma. “The Epic Political Battle Over the Legacy of the Suffragettes.” The Atlantic,
4 June 2019. https://www.theatlantic.com/politics/archive/2019/06/abortion-debate-and-legacy-womens-suffrage/590422/