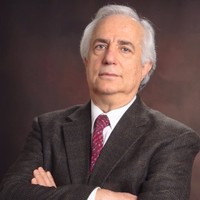 Department of Classical and Modern Languages, Literatures, and Cultures

Aoun Jaber is an adjunct professor of Arabic language in the Department of Near Eastern Studies at Wayne State University (WSU). A native of Lebanon, Mr. Jaber has been an activist and business owner in the Arab American community. His teaching and community experiences have enriched his ability to communicate in a variety of Arabic regional linguistics and with people from diverse Arab origins and beliefs. He holds two master’s degrees from Wayne State University in bilingual education and Near Eastern studies.

·        Led an immersion program for professionals, who are planning, to work overseas.

·        Graduate Teaching Assistant at Wayne State University for Beginning, Elementary, and Intermediary Arabic, 2007 – Present. Attendant of how to teach Arabic as a 2nd L’s workshop held at Austin Texas University in the summer of 2007 and organized by the authors of Al-kittab book for 2 weeks.