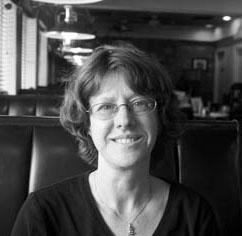 Caroline Maun teaches creative writing and American literature and is the Chair of the English Department. She is the editor of The Collected Poetry of Evelyn Scott, and author of Mosaic of Fire: The Work of Lola Ridge, Evelyn Scott, Charlotte Wilder, and Kay Boyle. Her poetry publications include the volumes The Sleeping, What Remains, and three chapbooks, Cures and Poisons and Greatest Hits, with Pudding House Press, and Accident, with Alice Greene & Co.  Her poetry has appeared in The Bear River Review, Third Wednesday, Peninsula Poets, and Eleven Eleven.