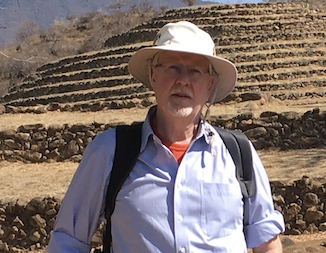 I am an anthropological archaeologist with a research focus on culture, history, and ecology. Much of my work has centered on the evolution of agriculture and settlement systems in tropical and temperate environments. I study the cultural landscape to document and interpret the impact of people on environments and how environments, in turn, have shaped culture over the course of human history.

My work and publications in Mesoamerican archaeology look at the shift from societies based on hunting, gathering, and horticulture to intensive tropical agriculture and the development of urban settlement systems. Research along Mexico’s Gulf Coast and elsewhere in Central America examines the impacts of agricultural intensification and warfare on the rise of urban settlement patterns in lowland environments. I am interested in this topic as it relates to the causes and consequences of past cultural change and how this knowledge applies to agricultural sustainability, contemporary community development, and heritage preservation today.

Fieldwork and publications on historical and archaeological sites in metropolitan Detroit over the last two decades examine industrialization and urbanization in the 20th century. I’ve also recently collaborated with other archaeologists and Wayne State students on the deep history of Native American people throughout southeast Michigan and the Great Lakes region. This work involves colleagues from the City of Detroit, federally- recognized Tribes in Michigan and with the National Park Service on archaeology, ancient site conservation and future planning for the site of Historic Fort Wayne in southeast Detroit.

I currently conduct research on these and other issues in archaeological and contemporary community contexts. I work with students (B.A., M.A. and Ph.D.) whose interests overlap with my expertise in archaeology, ethnoarchaeology and landscape studies (see above). Prospective graduate students are encouraged to contact the Department to request more information about our graduate programs or email me (thomas.killion@wayne.edu) with inquiries.