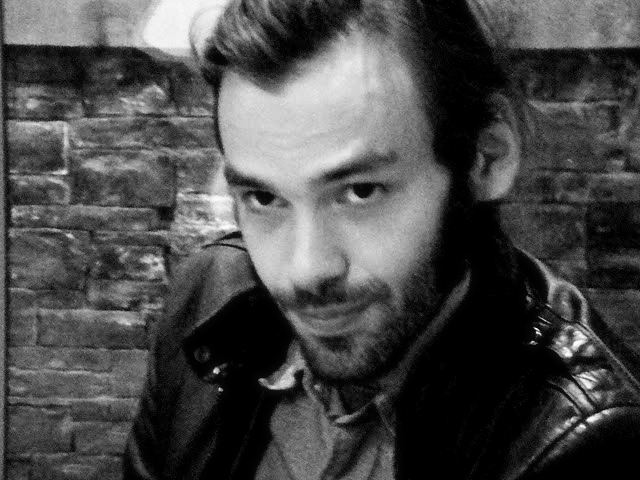 Andrew Barrett is a translator and musician, who lives in Detroit, Michigan. He translates from the ancient Greek, modern Greek and Latin. He is working with modern Greek poet Dimitris Lyacos on his follow up to the Poena Damni trilogy. He is also currently one of forty translators, under the helm of Stanley Lombardo and William Levitan, working on a new translation of the Dionysiaca of Nonnos to be published by the University of Michigan Press in 2021. He teaches, as an adjunct instructor, ancient Greek mythology at Wayne State University.

“Entangled Narratives and Dionysian Frenzy: an Interview with Dimitris Lyacos” in 3:AM Magazine, September 18th, 2020

"Translation of Three Visions of Zosimus” in 3:AM Magazine, June 8 2015

“Translation of selected fragments of Heraclitus” in Volt, A Magazine of the Arts, Volume 20, Spring 2015

"Excerpts from a New Translation of Nonnus' Dionysiaca" in Aldus, a Journal of Translation, Spring 2013

"A Translation of Haris Psarras' 'Circe Penelope'" in Tellus, March 2013

"Translations of Haris Psarras' 'Enclosure,' 'Matchbook,' and 'Odysseus' in Aldus, a Journal of Translation, Spring 2012

"Excerpts from a New Translation of Nonnus' Dionysiaca" in Anomalous Press, September 2011

"Translations of Christopher Kontonikolis' 'Timoniad' and 'Timon vs. Newton'" in Words Without Borders, October 2011