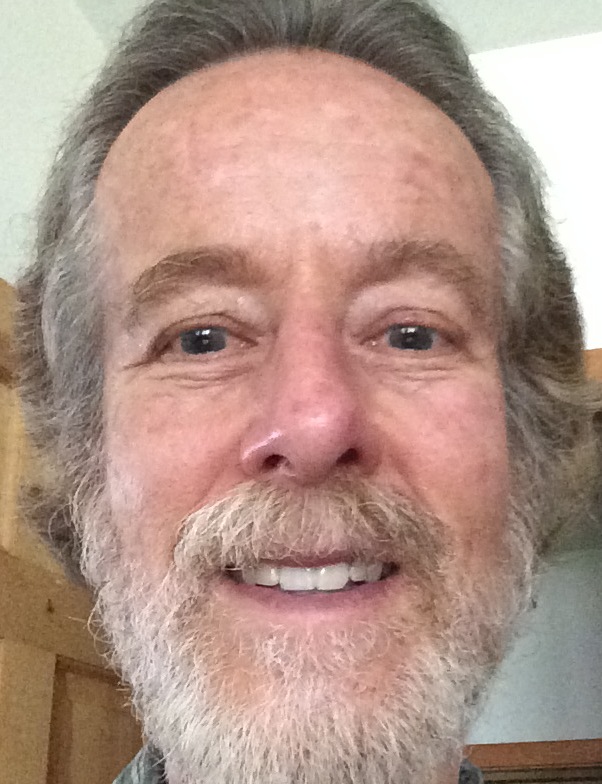 Adjunct Instructor for The Center for Peace and Conflict Studies

Center for Peace and Cnflict Studies.

Rich Chakrin has taught the class, Studies in Non-violence (PCS 2050) as an adjunct instructor for the Center for Peace and Conflict Studies for the last 25 years. Inspired and moved by the historical evidence of reconciliation as well as by brilliant stories of forgiveness offered in surprising and challenging situations, Rich brings the profound principals of non-violence and the mature options embodied in Emotional Intelligence into the classroom and, hopefully, into the present lives of students.

Deeply interested in the complexity of human interactions and the dynamic relationship between chaos and order, Rich presents an experimental and practical, Gandhian-styled approach that supports right action in this complex world. Equally important is his focus on the neurological underpinnings of peace. Relaxation techniques are empathized as a means of enhancing a person's empathy, attuned communication, impulse control and thoughtful decisions, all effects of a calm nervous system and all elements of a non-violent approach to life.

For the past 22 years, Rich has also shared this general approach with parents in various settings including classes sponsored by divisions of Oakland County Youth Assistance. As a trained community mediator, he has taught peer mediation and peace awareness at the elementary, middle and high school levels.

My philosophy of education is shaped, to a large degree, by Gandhi's and Martin Luther King’s emphasis on equality, inclusion and responsibility. For example, I truly believe that each and every student I have had the pleasure to met is equal in value and intelligent in their own unique way. I truly believe that it is crucial that they find their own voice and be given the chance to express what is most important to them in both their reflection papers and their semester project. I truly believe that we must "be the change we would like to see in the world" (Gandhi) and convey whatever qualities we deem most valuable (such as respect, compassion, etc.) in our speech, action and thoughts. I truly believe education is important in real time and that we can begin immediately practicing the patience, courage, honesty, organization, inclusion and commitment that led to the success of nonviolent movements throughout history.

Philosophically, my own behavior, thoughts and voice must also comply with the principles of nonviolence. I strive to model the compassion, equanimity, emotional intelligence and organized dedication of my nonviolent heroes. I strive to create a safe environment where each student feels welcomed and where their diversity is honored as an important piece in the fabric of human potential. Simply, I strive to "be the change I would like to see in the world".

Another piece of my philosophical approach to teaching is to re-frame the educational process itself. I want students to know that they are not studying and writing for me or to earn grades. Rather, they are in this class to access their own natural intelligence and to begin searching for a heartfelt course of action that could potentially lead to their own experience of fulfillment and satisfaction.

Finally, the reason I enjoy teaching this class is that I get to watch students apply non-violent principles and move their life to a higher level of functioning. I watch them become better listeners, more empathetic co-workers, more compassionate parents, etc. Essentially, their growing commitment to emotionally intelligent interactions enhances both their lives and the lives of those around them.

This class, Studies in Non-violence (PCS 2050, SOC 2050, HIS 2530, PS 2550), along with the other courses required to complete a co-major in Peace and Conflict Studies, offers skills crucial to living successfully in our often challenging and, at times, polarized world.

For example, being able to appreciate differences, resolve conflicts, build networks of support, negotiate, mediate, hold an optimistic vision of the future, reduce stress, understand the implications of the fight/ flight response, listen carefully, communicate with respect, control impulses, maintain an open heart and mind in the midst of chaos, etc. are important skills at every level of society. These skills facilitate success in business, politics, education, personal relationships and even in the maintenance of physical health. They also fit well with and support the work of students pursuing many academic majors, including political science, sociology, psychology, history, and education.

In his 1964 Nobel Prize lecture, Martin Luther King noted that, despite our technological advances, "we have not learned the simple art of living together as brothers (and sisters)". In 2017, we are still struggling to bring this "simple Art" into interactions between nations, religions, races, political parties, co-workers, intimate partners and family members. Yet, at the same time, there is also a growing awareness of what Martin Luther King pointed to as our interconnection and Gandhi emphasized as "unity in diversity".

Geneticists, for instance, have gathered substantial evidence tracing our collective DNA history back to common ancestors living in and eventually migrating from the African continent some 50,000 years ago. They also tell us that we are, in our modern human form, 99.9% genetically similar (the physical differences we see are accounted for as part of remaining .1%).

Respected anthropologists, such as Douglas Fry, add credence to the notions of interconnection and unity. In his book, Beyond War, Fry takes a broad anthropological look at human history and encourages us to reconsider the common belief that humans are basically violent and that war is inevitable. Using archaeological evidence, he proposes that, while there are ancient signs of violence, war is a very recent development, showing up only in the last 10,000 years. Also, considering that genus Homo has inhabited this earth for approximately two million years, 99% of our history has been spent in small, egalitarian, cooperative hunter gatherer bands in which individual autonomy rather than strong leadership was the general rule. This is the social setting in which our genetics evolved and this, I would suggest, is still this type of cooperative setting in which we are most productive and satisfied.

Nonviolent practitioners have long understood that the power of the marketplace could be used to bring attention to their goals. They realized that, even when social and political circles where separated, people's livelihoods remained entwined and interconnected. Boycotts work because they uncover the often hidden interrelationships of our economic well-being.The worldwide financial crisis of 2007 uncovered the same deep strands of interdependence. When risky decisions in the United States can threaten the global marketplace and people's livelihood on every continent, we must recognize that our lives are not separate. This financial crisis also helps us to see the chaos that develops when our interconnection is not honored. Decisions made in favor of short-term, selfish ends rather than long-term sustainability had devastating consequences.

The price we pay for not honoring our interconnection is huge. Every single day, somewhere around the world, people are experiencing workplace violence, domestic abuse, ethnic conflict, displacement/homelessness, hunger and, in the worst cases, war and oppression. So what are we to do? How can we relearn the "simple art" of living together in egalitarian and cooperative communities?

Education is certainly one answer. We can study and appreciate the lives of men and women such as Rosa Parks, Lemah Gbowee (peace activist from Liberia), Desmond Tutu, Dorothy Heights, Martin Luther King, Sojourner Truth, Muhammad Yunus (winner of the 2005 Nobel Peace Prize), Gandhi, Nelson Mandela, Wangari Maathai (2004 Nobel Peace Prize winner from Kenya) and many others, both known and unknown. The lives of these beautiful men and women can serve us as inspiring, alternative models of behavior in a world struggling to regain its balance.

We could learn about and adopt the qualities of emotional intelligence that support human relationships in a sustainable and fulfilling manner. We can practice making emotionally intelligent choices that honor our inherent genetic unity and set the stage for reconciliation and understanding rather than separation and chaos.

We can learn about the dynamics of dialogue, where the goal is to understand each other's unique position rather than to decide who is right and who is wrong. We could learn to sooth our ancient fight/flight system long enough to allow for true listening and respectful communication. We could learn to become more aware of how we are actually participating in day-to-day social situations, work place interactions and political conversations. This type of self awareness will give us the freedom and the space in which to use our thoughts, words and actions more wisely and in service of peace.

This class, Studies in Non-violence, supports these educational goals and humanistic intentions in every way possible.