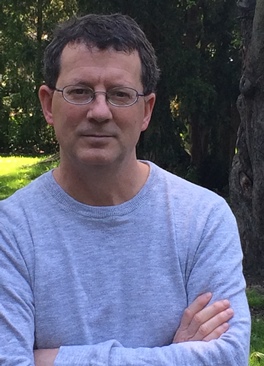 Hans Hummer was born in Oklahoma and raised in Kansas. He joined the history faculty at Wayne State as an assistant professor of medieval history in the fall of 1999 and was promoted to full professor in 2018. His teaching interests encompass antiquity, medieval Europe and the history of the pre-modern world. His efforts in the classroom have been recognized with the President's Award for Excellence in Teaching in 2015, and the College of Liberal Arts and Sciences Teaching Award in 2005. He has published articles on the barbarian peoples of late antiquity, and the political and social history of early medieval Europe. In 2007, the Society for French Historical Studies recognized his first book, Politics and Power in Early Medieval Europe: Alsace and the Frankish Realm 600-1000 with the David Pinkney Award, granted annually to the most distinguised book in French history.  He published his second book, Visions of Kinship in Medieval Europe, in 2018 with Oxford University Press. “The Production and Preservation of Documents in Francia: The Evidence of Cartularies,” in Warren Brown, Marios Costambeys, Matthew Innes, and Adam Kosto, eds, Documentary Culture and the Laity in the Early Middle Ages (Cambridge University Press, 2013), 189-230