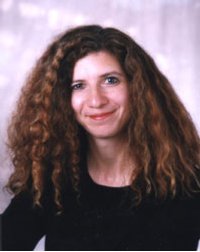 Heidi Gottfried received her Ph.D. from the University of Wisconsin, Madison in 1987. Her research interests span areas, ranging from sociology of work, the care economy, sociology of gender, welfare state, feminist theory, labor movements, to comparative political economy. She has co-edited numerous special issues and books on gender, work, and the economy, including the Handbook on the Sociology of Work and Employment (Sage, 2015), Gendering the Knowledge Economy: Comparative Perspectives (2007), and most recently, Care Work in Transition: Transnational Circuits of Gender, Migration and Care, a special issue of Critical Sociology (with Jennifer Jihye Chun). Her monograph Gender, Work and Economy: Unpacking the Global Economy (Polity Press, 2013) chronicles the changing patterns of gender and work across industrialized countries, old and emerging global cities, both in the global North and South. Generous research support from the Social Science Research Council-Abe Fellowship and the Center for Global Partnership of The Japan Foundation culminated in her monograph, The Reproductive Bargain: Deciphering the Enigma of Japanese Capitalism (Brill, 2015). Partnering with Anne Zacharias-Walsh and Kazuko Tanaka, she developed a two-year grassroots exchange program that produced bi-lateral solidarity networks among Japanese working women’s organizations and their counterparts in the US.

Another initiative began several years ago launching and serving on the International Advisory Board of the Global Labor Migration Network based at the University of Maryland. The Global Labor Migration Network’s first major project organizing a summit “Global Labor Migration: Past and Present, 20-22, June 2019, was attended by over two hundred leading scholars and labor activists from around the world. That inaugural summit was held in Amsterdam at, and co-sponsored by, the International Institute of Social History. It is part of the ongoing work of the Global Labor Migration Network organizing the renewed and energetic attention to labor migration scholarship and research in sociology, anthropology, law, history, public health, education, and public policy. A second summit initiative already received a funding award of 44,000 Euro ($50,000) from the Swiss-based World Society Foundation. This summit has been postponed due to the pandemic, with a date to be announced. I am co-editing with Eileen Boris, Julie Greene and Joo-Cheong Tham, Global Labor Migration, under contract with the University of Illinois Press directs attention to one of the world’s most pressing issues, generates scholarly dialogue, and proposes new research agendas and methodologies. The book advances the study of labor migration not only through multidisciplinary perspectives but also through a more expansive field of study. Despite a proliferation of interest in migration studies, much of the literature and debates are confined to disciplinary silos or focus on a single sector (e.g., care, agriculture, construction). By thinking beyond disciplinary boundaries, with sociologists, legal scholars, and historians as contributors, the chapters simultaneously reflect on the contemporary nature of labor migration as well as its historical roots.

Handbook on the Sociology of Work and Employment, edited by Stephen Edgell, Heidi Gottfried and Edward Granter. Sage, 2015.

“Precariousness in Japan: After the ‘Lost Decade’” in The Crisis of Global Youth Unemployment, edited by Tamar Meyer, Jamie McCullum, Sujata Moori. Routledge, 2018.