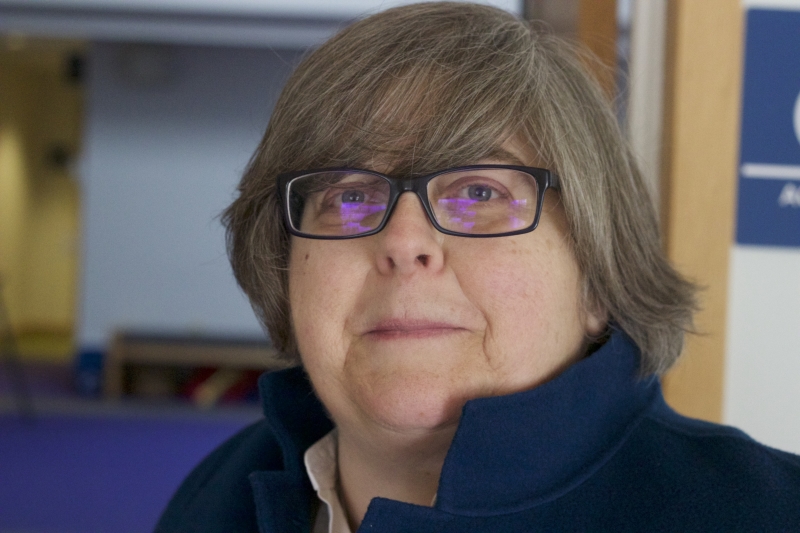 Elizabeth Faue is known for her work exploring the gendered dimensions of labor, politics, and working-class experience and as an advocate for interdisciplinary scholarship, critical engagement, and higher education. Currently Chair of the Department of History at Wayne State University, she served as associate dean of the Graduate School from 2007 to 2009 and as Director of Graduate Studies in History from 2010 to 2015.

Faue is the author of Rethinking the American Labor Movement (Routledge, 2017), an interpretive history, Community of Suffering and Struggle:  Women and Men in the Labor Movement in Minneapolis 1915-1945 (University of North Carolina Press,1991), and Writing the Wrongs:  Eva Valesh and the Rise of Labor Journalism (Cornell University Press, 2002). She has written more than forty articles and nearly 200 other publications. She edited volume 7 of Encyclopedia of American History (The Making of Modern America, 1900-1929) and special issues of Labor History (1993) and Social Science History (2000). Her current research focuses on changing workplace risk and endangerment since the 1970s and its relationship to American Democracy, and on the contemporary teacher and nurse activism.  She is also writing a book on family history.

In the past few years, Faue has headed a Career Diversity initiative in the College of Liberal Arts and Sciences and in the History Department.  She and her two colleagues, Tracy Neumann and Eric Ash, received an American Historical Association Career Diversity Implementation grant for 2018-2020 to improve doctoral education and expand career pathways in History. In 2016-2018, Faue was the Project Director of The Value of Humanities in the Global City, a National Endowment for the Humanities Next Generation Humanities PhD Planning Grant awarded to Wayne State University for August 2017-May 2018. The Challenge Grant project sought to enhance the skills and experience of doctoral students in the broadly-defined Humanities to broaden career diversity and improve career outcomes in the changing landscape of employment and higher education.  The WSU's project focused on two aspects--developing skills and knowledge of faculty mentors, thus creating a new cohort of Next Generation Humanities PhD Mentors, and on creating new models for Humanities-based internships for doctoral students to enhance professional development.  As part of the NEH Grant, and with support from the Graduate School and the College of Liberal Arts and Sciences, the Next Generation Humanities PhD Steering Committee established pilot Humanities Clinics in summer 2017 and summer 2018, along with traditional internships, that offered professional experience to doctoral students in the Humanities and Social Sciences and opportunities to network, engage with community, and enhance their skills. The interdisciplinary team is currently working on developing a sustainable model to enhance doctoral education through these experiences.

As coordinator for the North American Labor History Conference between 1991 and 2003, Elizabeth Faue brought over 2000 scholars to the annual conference. As a program chair and officer of the Social Science History Association, she expanded the labor network and made crucial links among scholars of different disciplines. One of the founding members of the Labor and Working Class History Association, she has served on the editorial boards of International Labor and Working Class History, Labor: Studies in Working-Class History of the Americas, Workers of the World: International Journal of Strikes and Social Conflicts, Labour History, Labour History Review, Labor History, and Social Science History.