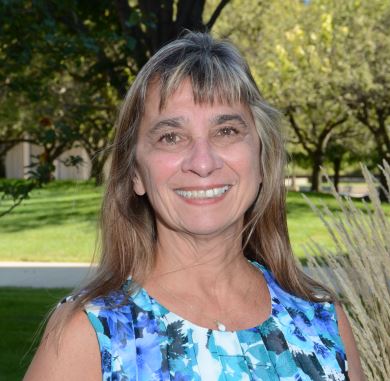 I am a theoretically-oriented archaeologist specializing in the study of the Inca Empire and the late pre-Columbian societies of the northern Andes. I earned my doctoral degree from SUNY-Binghamton in the early 1990s and landed a job shortly thereafter at the Smithsonian's National Museum of Natural History where I helped to establish the Office of Repatriation. In 1995, I joined the faculty at Wayne State University. In addition to teaching a wide array of undergraduate and graduate courses here, I also served as Director of the Grosscup Museum of Anthropology for 21 years, from 1995 to 2016. In 2013, I was named Michigan Distinguished Professor of the Year by the President’s Council of State Universities of Michigan.

My research focuses on strategies of ancient imperialism through the study of craft production, foodways, and iconography; material agency and alternative ontologies; interregional interaction; and the politics and place of archaeology in the modern world. I have over 25 years of field and research experience in the highlands of Ecuador, where I began my professional career with an investigation of imperial Inca strategies of control in the Quito basin. Since then, I have directed several interdisciplinary projects focused on long-distance trade and Andean-Amazonian relations, imperial frontiers, Inca architecture, sacred landscapes, and Inca pottery in the countries of Ecuador, Bolivia, Chile, Argentina, and Peru. My new book, entitled Objects of Empire: The Ceramic Tradition of the Imperial Inca State, is currently under review.

I recently initiated a new archaeological field project in southern highland Ecuador that will explore the role of craft specialists, colonization, and technologies of ceramic production in the context of imperial Inca expansion. My analyses of archaeological materials recovered in excavations at the site of Copacabana in Bolivia are also on-going, as are my comparative studies of imperial Inca pottery from around the Empire and research into the ways in which imperial objects of various types aid in the construction of empires around the world. In addition to teaching and research, I also serve on several scientific advisory and editorial boards, including the new journal, The Archaeology of Food and Foodways; the journal Arqueología y Patrimonio published by the Colombian Institute of Anthropology and History (ICANH); and the journal Antropología: Cuadernos de Investigación published by the Catholic University of Ecuador (PUCE); I am also a member of the Advisory Board of Senior Fellows for the Pre-Columbian Studies Program at Dumbarton Oaks.

I am actively recruiting M.A. and Ph.D. students who are interested in Andean archaeology, Inca studies, the archaeology of Ecuador, material culture theory, and museum anthropology. I am especially interested in recruiting students for archaeological fieldwork and potential dissertation research in Ecuador. Contact the department for more information about our graduate programs, or email me directly to discuss the possibility of coming to study with me at Wayne State.

For a complete listing of publications, see wayne.academia.edu/TBray.