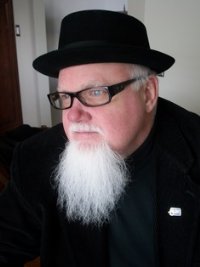 M. L. Liebler is a internationally known & widely published Detroit poet, university professor, literary arts activist and arts organizer, and he is the author of 13 books and chapbooks including the Award winning Wide Awake in Someone Else's Dream (Wayne State University Press 2008) featuring poems written in and about Russia, Israel, Germany, Alaska and Detroit. Wide Awake won both The Paterson Poetry Prize for Literary Excellence and The American Indie Book Award for 2009. In 2005, he was named St. Clair Shores (his hometown) first Poet Laureate. Liebler has read and performed his work in Afghanistan, Israel, Palestine, Russia, China, France, UK, Macao, Italy, Germany, Spain, Finland and most of the 50 States. M.L. Liebler has taught English, Creative Writing, American Studies, Labor Studies and World Literature at Wayne State University in Detroit since 1980, and he is the founding director of both The National Writer's Voice Project in Detroit and the Springfed Arts: Metro Detroit Writers Literary Arts Organization. He was selected as Best Detroit Poet by The Detroit Free Press & Detroit's Metro Time, and in he is the nation's first ever Artist in Residence for a Public Library at The Chelsea District Library for 2008-2009. In 2005, Liebler became the Co-Editor In 2010, he received The Barnes & Noble Poets & Writers Writers for Writers Award with Maxine Hong Kingston & Junot Diaz. In 2011, his groundbreaking anthology Working Words: Punching the Clock & Kicking Out the James (Coffee House Press) was given a 2011 Library of Michigan Notable Book Award. In 2016, he released a new collection of poems entitled I Want to Be Once (Wayne State University Press / Made in Michigan Series), Heaven Was Detroit: An Anthology of Detroit Music Essays from Jazz to Hiphop (Editor) and Bob Seger's House: An Anthology of Michigan Short Stories (Co-Editor with Mike Delp). Both I Want to Be Once & Heaven Was Detroit won 2017 Library of Michigan Notable Book Awards. Forthcoming recordings & vinyl include Poetry Score: M. L. Liebler & Al Kooper & Howlin at The Moon by M. L. Liebler & The Coyote Monk Poetry Band.

Awarded, Library for the State of Michigan Notable Book Award for 2011 and two books in 2017  by Michigan Library Association.

Awarded a 2014  U.S. State Department Cultural and Educational Specialist Grant for May 2014 to tour Israel and West Bank for readings, lectures and classroom visits 15 May – 30 May 2014

Presented by Student Senate President and Dean of Students at Wayne State.

Selected by the United States Department of State, Bureau of Educational and Cultural Affairs to Teach during Spring 2012 in Kabul, Afghanistan and other Afghanistan cities. May 3-14, 2012.

WSU Student Senate Faculty of the Year Award May 2012.