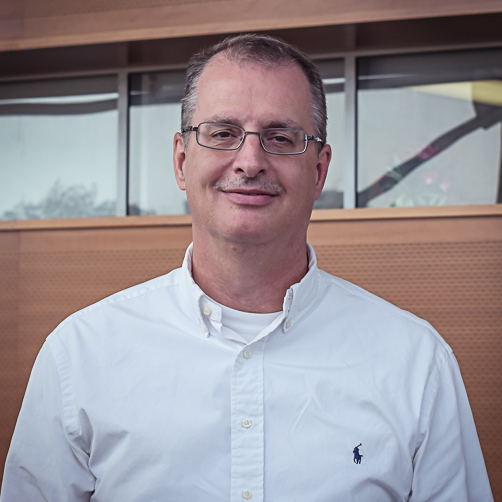 Research in the Winter laboratory is directed toward the synthesis and characterization of metal-containing compounds and nanoparticles. We are also exploring the use of molecules prepared in our laboratory for their ability to serve as film growth precursors in atomic layer deposition and chemical vapor deposition. Projects are also aimed at the development of metal complexes containing nitrogen-rich ligands, and exploration of nanoparticle surface coordination chemistry. A central theme in our laboratory is the application of molecular orbital theory to understand the properties of new complexes that we prepare.

We are currently pursuing the following research objectives:

Atomic layer deposition (ALD) is an emerging film growth technique that is expected to be broadly implemented by the semiconductor industry to meet future microelectronics manufacturing demands. ALD is a surface-limited film growth method, and requires volatile precursor molecules with excellent thermal stability and high reactivity toward a second reagent such as water or ammonia. Few existing chemical vapor deposition (CVD) precursors meet the requirements for use in ALD, so there is an urgent need for new ALD precursors with optimized properties. Our focus is on the development of ALD precursors that contain nitrogen-based donor ligands, since such precursors minimize the incorporation of undesired elements in metal oxide and nitride films. In addition, precursors containing nitrogen ligands can be used both for the growth of metal nitride films (upon treatment with ammonia) and metal oxide films (upon treatment with water or ozone). We have discovered a range of nitrogen donor ligands that provide volatile, thermally stable, and reactive precursors, including pyrazolato (1), 1,2,4-triazolato (2), amidinato (3), and β-diketiminato ligands (4, see Scheme 1). We are exploring the ALD growth of thin films from these precursors. Our laboratory is equipped with two Picosun R-75BE ALD reactors, and we also collaborate with Professor Lauri Niinistö of the Helsinki University of Technology in Espoo, Finland for ALD film growth and characterization.

Thin film growth by ALD and CVD generally requires that the metal-containing precursor be sufficiently volatile so that an acceptable film growth rate can be achieved. For elements such as strontium, barium, and the lanthanides, the inherently high atomic weight of these metals reduces the volatility of any compound, relative to compounds containing lighter metals. As a result, precursors containing strontium, barium, and the lanthanides often need to be heated to high temperatures to achieve reasonable vapor transport. Such heating can lead to precursor decomposition, which makes ALD and CVD thin film growth processes difficult. To address this problem, we are exploring the synthesis and properties of strontium, barium, and lanthanide complexes containing ligands that impart high thermal stability. We have discovered that β-diketiminato ligands (4) do an excellent job of saturating the coordination spheres of these large metals, and lead to volatile complexes with very high thermal stability. We are also exploring the ALD growth of strontium-, barium-, and lanthanide-containing thin films using our new volatile precursors.

We have recently discovered that the ALD process employing the tungsten(III) precursor W2(NMe2)6 and water affords W2O3 films between 140 and 240°C. This deposition process is remarkable because it affords the sparsely documented W2O3, and also because it demonstrates that the precursor oxidation state can be used to control the oxidation state in the thin film material. Such powerful control over thin film properties is sparsely documented in ALD and CVD film growth. We are exploring the ALD growth of many metastable oxide and nitride phases using low- and mid-valent precursors. This work also entails the synthesis and characterization of new low- and mid-valent complexes that have acceptable precursor properties. Target materials include metastable oxide and nitride phases of the group 4-8 metals.

Organic energetic materials containing carbon, hydrogen, oxygen, and nitrogen have many industrial and military uses. However, the energy content of these materials is reaching its limits, and there is considerable interest in new materials that have much higher energy content. To address this issue, we are exploring the synthesis, structure, and energetic properties of metal complexes that contain nitrogen-rich heterocyclic ligands such as tetrazolato (5) and pentazolato ligands (6, see Scheme 1). The coordination chemistry of these ligands is not well developed, and we have uncovered many new properties of these ligands. For example, we have reported that tetrazolato and pentazolato ligands have a strong tendency to form nitrogen-hydrogen-carbon hydrogen bonds in group 1 and 2 metal complexes. These hydrogen bonds distort the metal-ligand bonding, and also stabilize complexes containing these energetic ligands. We are also working with Navy scientists to examine the energetic properties of our new complexes.

5. Control of the Surface Chemistry of Nanoparticles.

The surface atoms of nanoparticles are unsaturated in the same fashion as bare metal ions, and tend to coordinate donor ligands to increase their stability. However, the surface coordination chemistry of nanoparticles is generally poorly understood. As a result, it is very difficult to manipulate the properties of many nanoparticles to achieve specific desired outcomes. Our goal is to develop synthetic procedures for selected nanoparticles in which the inorganic core size and shape can be controlled and the surface ligands can be controlled completely. Our major system is currently silicon nanocrystals. We have been able to prepare 2-3 nm spherical silicon nanocrystals, and have been able to place amide and alkyl substituents selectively on the surface silicon atoms. The nature of the surface substituents strongly affects properties such as solubility, luminescence wavelength, and luminescence efficiency. We are working with several engineering groups to incorporate highly luminescent silicon nanoparticles into light emitting devices that can be used as sensors.

Our research in our laboratory encompasses a particularly broad range of topics, and involves many collaborations. These interactions offer the opportunity for the students to travel to other laboratories to carry out experiments. Several students from our laboratory have spent two month internships at the Helsinki University of Technology, where they carried out ALD growth and characterization experiments. We also have ongoing projects with engineers and physicists at the University of Wisconsin-Madison and Duke University.