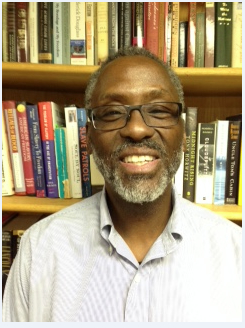 An on-going co-authored research project explores the influence that exposure to civic-religious discourse has on the likelihood of endorsement of civil liberties, civil rights, and limits on repressive government policies targeting marginal populations. A consistent finding from the pooled 2004-2016 National Politics Study, is that while Blacks are more likely than Whites and Hispanics to hear political sermons, exposure to civic-religious rhetoric among Whites is associated with stronger support for immigration policies, affirmative action, and opposition to racial profiling.

I am currently involved in a collaborative team effort in collecting Detroit area and national data on COVID-19 and Black Lives Matter protest.   The online interviewing  cross-sectional survey dates are October 2020 to November 2, 2020, and Januray 2021.

A developing research project investigates the political factors that led the U.S. House of Representatives, Internal Security Committee, 1970-72, to hold hearings about Black Panther chapters across the nation. The Detroit Black Panther Party congressional hearing is closely probed because there are parallels to the House of Representatives Committee on Un-American Activities hearings held in the city in 1952, targeting black and white dissenters. The central thesis of the project is that fear of black civil disobedience that might destabilize the racial order was a central but not the only institutional decision to target the Panthers. Thinking about “electoral volatility” fear of competitive challengers, or possible defeat at the polls in mid-term elections, motivated congressional members to hold hearings to signal to core voters their support for the existing racial order.