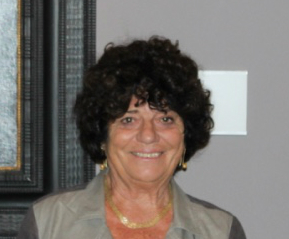 Born in Bahia Blanca, Argentina. I got a Licenciatura and Profesorado in Philosophy and Letters from  Universidad Nacional del Sur. I also had a Proficiency Certificate in English from Asociación Bahiense de Cultura Inglesa, in French from the Alliance Francaise, and a professorship of Piano from a private conservatory. I started my teaching career as an instructor of Spanish Grammar, and Latin American Literature at a rural high school (Mayor Buratovich), and at schools dependindg of the Universidad Nacional del Sur (Escuela de Agricultura y Ganadería/Escuela Normal). My first  university job was as an Assistant Professor in Aesthetics at Universidad Nacional del Sur (1967-76), and at the Institute Inter-Universitario in Trelew. In l976, the Military Government took power and closed several careers at Universidad Nacional del Sur, and we were fired. I moved then to Viedma where I worked at Dirección Provincial de Cultura, and created the Literature Department. I got a grant from Dirección Nacional de Cultura, and did a research on Escritores de Rio Negro, and also worked with a group of local actors putting together a radio dramatization of Manuel Puig's books. I also wrote for the cultural supplement of the local newspaper, Diario de Río Negro. Suffocated by the censorship, and self-censorship under the military rule, my husband and I together with our two young sons, emigrated to Colombia. FIrst in Bogotá, where I taught at the Universidad Javeriana a seminar on Albert Camus, and later in Medellín where I taught at Universidad de Antioquia from l977 to l987. This university was a hub of the political left and thought, and was frequently visited by the military, and closed. With a lot of time in my hands, I started to  teach literary work-shops at home, and at different institutions (Banco de la República, Museo de Arte Moderno and Instituto Colombo-Americano in Bogotá and Medellín). Paid by the Universidad de Antioguia, in l981 I went to University of Pittsburgh where I got a Master and Ph.D in Hispanic Literatures. After graduation, I was committed to come back to Universidad de Antioquia until 1987. I continue doing literaryr work-shops, and I also conducted a research on tango that resulted in a manuscript El tango y el mito Gardel en Medellín. Imaginario colectivo y transposición literaria (unpublished). In l987, I returned to the US as a Visiting Professor in Indiana University (Bloomington), and since 1988 I am a professor of Latin American Literature and Culture. I have returned to Colombia for several conferences, and in 2004 I came back to Bogotá with a Fulbright Award for Teaching and Research. During my sabbaticals at Wayne State University I had taught in Sweden, France, Spain, Belgium, Austria, Chile and Argentina. In 2000 I was part of an interdisciplinary group between Wayne State University and the Michigan Psychoanalytic Institute that reinforced my constant interest in psychoanalysis. In 2007 I was invited to be trained as an Academic Candidate at the Institute from where I graduated in 2016 as an Academic Associate. At Wayne I was Director of Women Studies, and along all these years I had  very much enjoyed the hospitality of the Humanities Center where I presented several papers on literature and film; the Latino/Latin AmericanStudies Center, and the Peace and Conflict Center. I have been extremely productive (6 books, and more than a hundred articles in peer-reviewed journals), innumerables conferences. I have also enjoyed teaching, in particular working with graduate students.

I live in Ann Arbor with my second husband, James Wing, and I am fortunate to have two grown up sons, Luciano and Nicolas, well-employed and happy with their wives. I have two wonderful grand-children, Sebastian and Olivia. I continue writing, playing tennis, doing yoga and zumba.

Internarional Psychoanalytic Association (IPA) 2017 Award for my paper: "The quest for, and the denial of, intimacy in Luisa Valenzuela's  Dark Desires and the others. New York Note-books.

Fulbright Award for Teaching and Research in Bogotá (Colombia) Winter 2004.

The 2015-2016 Board of Governors Distinguished Faculty Fellowship Award, WSU.

The Board of Governors of WSU Annual Faculty Recognition Award in Honor of Outstanding Contribution to Scholarship and Learning for my book Feminismo y Escritura Femenina en Latinoamerica. 2004

The Board of Governors of WSU Annual Faculty Recognition Award in Honor of Outstanding Contribution to Scholarship and Learning for my book on Borges y Yo, Borges y los otros. 2015..

The Life Time Achievement Award from the Center for Latino/a and Latin American Studies, WSU (2015)

I frequently received information through ResearchGate about requests of my texts on auto-fiction and psychoanalysis, interviews with Manuel Puig, Luisa Futoransky, Manuel Mejia Vallejo and tango in Medellin, Juan Jose Saer, Borges, etc. My book Narrativas de la Guerra Sucia en Argentina (two editions) as well as my interview to Puig have been quoted many times, as well as my book on Borges, on Saer, and other articles and interviews. My six books have been reviewed in Revista Iberoamericana, Hispanic Journal, Revista Hispánica Moderna, Cuadernos Hispanoamericanos, Chasqui, Hispamérica, Hispania, Revista Canadiense de Estudios Hispánicos, Rassegna Iberistica, Letras Femeninas, Latin American Studies, Confluencia, The Bulletin of HIspanic Studies, The Colorado Review of Hispanic Studies, Revista de Critica Literaria Latinoamericana, Newsletter of the Michigan Psychoanalytic Institute and Society. My book on Saer was presented at the Seminar on Latin American Literature at Université de la Sorbonne; five of my books were presented at the Feria Internacional del Libro in Buenos Aires, Argentina. My book on Feminism was presented at University of Graz, Austria, and at De Paul University in Chicago. My book on Puig was presented at Universidad de Mendoza, Argentina and my book on Narrativas at Universidad de los Andes, Bogotá (Colombia).