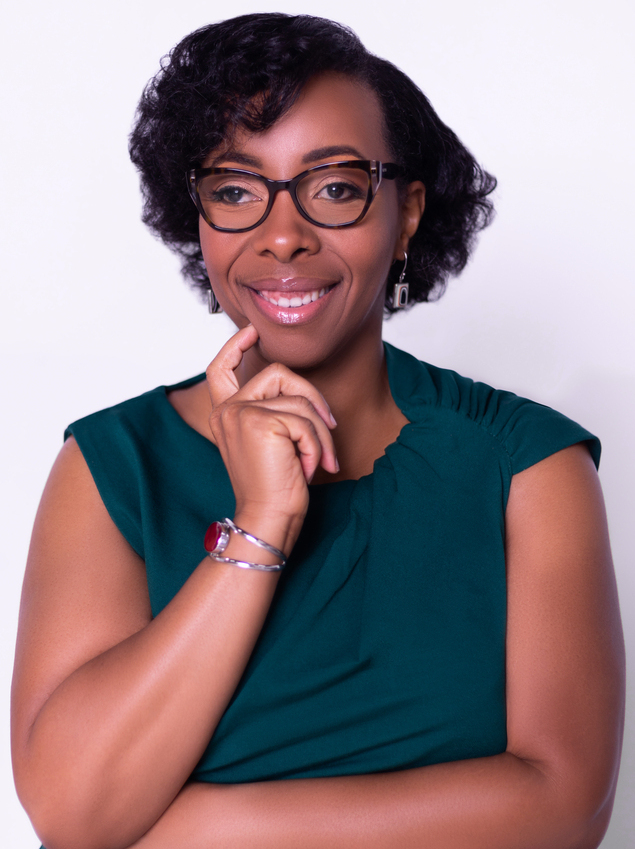 The earliest proponents of what we call African American or Black American history intended for their research to reach the broadest possible audience. Williams's embrace of this rich tradition informs her commitment to sharing her expertise widely.

She started this work as a graduate student researching the Underground Railroad in Washtenaw County, Michigan, and co-creating a bus tour. She has given talks at a variety of public institutions including the Charles H. Wright Museum, the Detroit Historical Museum, the Henry Ford Museum, and America's Civil War Museum. She regularly contributes to NEH Summer Seminars and Institutes, which help K-12 teachers broaden their understandings of U.S. history and develop new strategies for teaching challenging subject matter. She has appeared on PBS's award-winning series, Reconstruction: America after the Civil War, NPR's "Morning Edition" and "On Point," WDET's "Detroit Today," and "BackStory with the American History Guys." Her writing has appeared in The New York Times, DAME, Slate, and Bridge Magazine.

Williams is also one of the co-developers of #CharlestonSyllabus, a crowd-sourced project that helped people understand the historical context surrounding the 2015 racial massacre at Charleston's Emanuel AME Church.

Lately, she has been extending her commitment to African American history by sharing her expertise on survivors of anti-black violence on podcasts, like Scene on Radio's The Land That Has Never Been Yet and the Slate Academy history series on Reconstruction. Someday, she hopes to produce short history documentaries. She was the host and co-producer of Seizing Freedom, a podcast docudrama that covered the epic story of African Americans' fight for freedom during the Civil War and beyond.

Williams investigates African Americans tesimonies' about their traumatic injuries from racist violence after slavery. She is the author of I Saw Death Coming and They Left Great Marks on Me. She has published "Legacies of Violence" (in the National Museum of African American History and Culture's Make Good the Promises), "Writing Victims' Personhoods and People into the History of Lynching," "Never Get Over It,"  "Maintaining a Radical Vision of African Americans in the Age of Freedom," "The Wounds that Cried Out," and "Regarding the Aftermaths of Lynching." Her research has been supported twice by fellowships from the Ford Foundation.

Graduate Research Supervision
Williams would be interested in supervising graduate students who wish to work on any topic relating to her research interests and whose theoretical orientations align with hers regarding Black Studies approaches to Black History and U.S. History and Critical Trauma Studies approaches to histories of violence. She also welcomes proposals regarding any aspect of African Americans' life, history, and culture.

Williams is best suited to supervise students who already have the makings of a historical research agenda--including a likely research question, an archive identified, and some knowledge of the historiography for the specific subject. Students wishing to learn more about how to craft a research agenda would do well to read and model the best research practices spelled out in Jules Benjamin's A Student's Guide to History and Wayne C. Booth et al, eds., The Craft of Research.

I Saw Death Coming: A History of Terror and Survival in the War Against Reconstruction. Bloomsbury, 2023.
They Left Great Marks on Me: African American Testimonies of Racial Violence from Emancipation to World War I. New York University Press, 2012.

A portion of the royalties will go to the Lowcountry Ministries Fund to address issues of social justice and economic empowerment in underserved communities in the South Carolina Lowcountry.

“Legacies of Violence,” in Kinshasha Holman Conwill and Paul Gardullo, eds., Make Good the Promises: Reclaiming Reconstruction and Its Legacies, 2021.

"Writing Lynching Victims' Personhoods and People into the History of Lynching," Journal of the Gilded Age and Progressive Era 19:4 (2020).

"Never Get Over It: Night Riding's Imprint on Its African American Victims," in Reconstruction and the Arc of Racial (in)Justice Edward Elgar, 2018.

"Maintaining a Radical Vision of African Americans in the Age of Freedom," Journal of the Civil War Era 7:1 (2017).

"The Wounds that Cried Out: Reckoning with African Americans' Testimonies of Trauma and Suffering from Nightriding" in Gregory Downs and Kate Masur, eds. The World the Civil War Made. University of North Carolina Press, 2015.

With Danielle L. McGuire, Raped and left on the road, she said #MeToo. Jurors said, 'No, not You.' and Say Her Name. Shawana Hall. She is a Hero, Bridge Magazine

Centuries of Violence (on the massacre at Charleston's AME Church), Slate

Account for the Pillaging of African-American Freedom, New York Times